In measurements we took at 20 and 60 minutes, the Vornado VH200 surpassed competitors in speed and in total power, delivering a greater temperature increase than others we tested at both intervals. The VH200 is quieter than every ceramic heater we’ve heard, emitting only a soft, fanlike whir, and it’s compact enough to tuck away in a corner. It’s also one of the safest heaters we tested, featuring overheat protection, an automatic tip-over kill switch, and a plastic exterior that stays relatively cool to the touch. That said, every space heater gets its share of complaints, and the VH200 gets mixed owner reviews too, but Vornado tends to respond to critical reviews more reliably than other manufacturers. 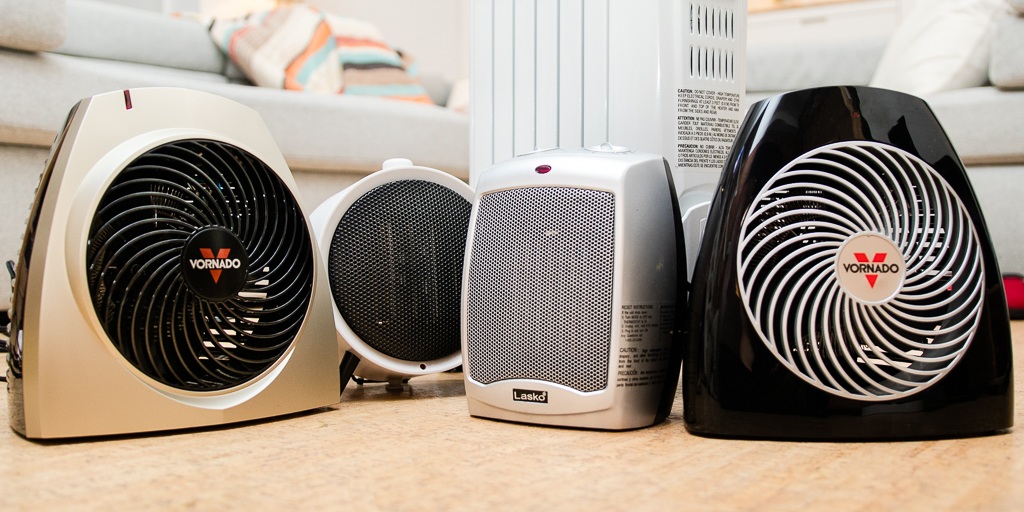 The Vornado MVH is a lot like the VH200, just encased in a black plastic housing with a relocated LED light. We slightly prefer the VH200 because its gold-colored casing stays around 10 degrees cooler to the touch than the MVH, but functionally the two are nearly identical, and both Vornado models (as well as two other Vornado models we aren’t recommending) clearly outperformed all the non-Vornado heaters we tested them against. In our testing, the MVH was slightly slower to heat our room than the VH200, but the difference was negligible, and after an hour it raised the temperature of the room by the same amount as our pick. If our pick sells out or if you spy the MVH for a much better price, go for it.